Cradle of Humankind in South Africa 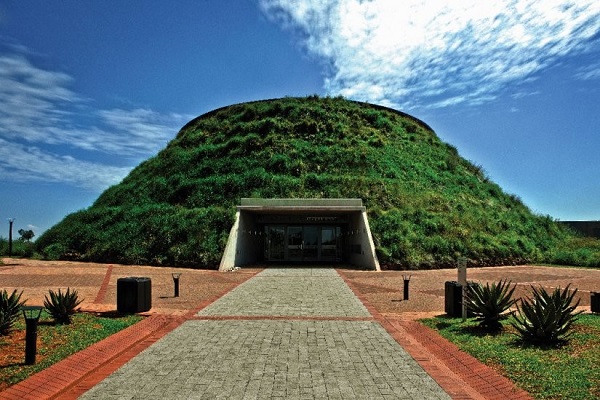 The Cradle of Humankind, one of eight World Heritage Sites in South Africa, and the only one in Gauteng, is renowned as the place where humankind originated. It is here that the first hominid, Australopithecus, was found in 1924 at Taung in the North West Province by Professor Raymond Dart of the University of the Witwatersrand. And is one of the major tourist attractions in South Africa.

The Cradle of Humankind area boasts 13 excavation sites that are recognised as national heritage sites, both internationally and by the South African Heritage Resources Agency. For those wanting to experience the birthplace of humankind firsthand, the official visitor centres for the Cradle of Humankind, Maropeng and the Sterkfontein Caves, are within an easy hour’s drive from South Africa. Maropeng is a world-class exhibition centre that focuses on the development of humans and our ancestors over the past few million years.

On arrival, visitors are met by what appears to be a massive burial mound, the entry point into the secrets of humankind’s beginnings. The Sterkfontein Caves, the site of the most long standing, continuous palaeoanthropological dig in the world, are world-renowned for their fossil finds. These caves have produced the pre-human skull popularly known as “Mrs Ples,” and an almost complete hominid skeleton affectionately known as “Little Foot”.